ChineseLongsword.com first started out with ancient Chinese martial arts manuals, then subsequently I worked on Korean manuals. Only recently this year, 2017, you see me releasing works on Japanese manuals. This article explains why I'm "branching out", and inform you on the next phase of this website's evolution.

This could be the most important blog article that I've written since the inception of this website.

The above Chinese character should be familiar to you, if you're into Eastern martial arts. Across the 3 cultures/countries, China, Korea, Japan, it is read in phonetically similar ways.

Different ways of pronouncing the same word, but you can see the similarity there. Furthermore, all 3 countries' languages use Chinese characters, 漢字 (hanzi), literally "Words from the Han Chinese".

Evidently, all 3 countries shared similiarities in their language, history and culture. Korea and Japan subsequently developed their own unique characters and grammar. Historically, these 3 countries have also fought in wars/battles against and alongside each other.

Does it not make sense then, that in order to fully study historical Eastern martial arts (and manuals), we have to triangulate from all 3 countries' sources to gain a more holistic understanding and complete picture?

Below are some examples.

In the below picture, on the left is an approximately 200 years old Japanese manual on swordsmanship & halberd. On the right, is "Muye Dobo Tongji", a well-known comprehensive Korean martial arts manual set, which is about 250 years old.

But if you were to get a Chinese person to read it, if he/she didn't know better, he/she would have thought that it was a Chinese book all along, instead of a Japanese or Korean one.

In the above picture, on the left is from the "Sword & Shield Manual", found in 紀效新書 (Ji Xiao Xin Shu) by Chinese Ming Dynasty General Qi Ji-guang, dating back 400+ years. Circle in red is the Javelin, thrown by the shield-bearing soldiers.

In the middle, is from the Korean "Muye Dobo Tongji" dating back 250 years, which is essentially the same.

Lastly on the right, is from the Japanese "Buki Nihyaku Zu", dating back 170 years. Quite possibly, this could be the 1st time in history that we see the same drawing in full color.

Let's look at another one:

On the left is a page from 紀效新書 (Ji Xiao Xin Shu). Highlighted in red is 錫鱉 (xi bie), which is literally translated as "Metal Turtle". This page describes the items that a Ming Dynasty soldier will be equipped with. This "Metal Turtle" is a small container for storing fire-powder.

As far as my research went, there were no historical Chinese drawings showing how this "Metal Turtle" looked like. That is until I stumbled upon the antique Japanese publication "Buki Nihyaku Zu", 200 Diagrams of Weapons. Not only do we now known how it looks like, but also in full color!

This is a small cannon, easily carried by 1 person, with something like a bipod or stand which you can attach onto when you want to shoot with it. Think of your WWII Mortar man.

On the left, is from 紀效新書 (Ji Xiao Xin Shu), which shows the cannon in an assembled and disassembled state. On the right is from "Buki Nihyaku Zu", possibly the 1st time in historical publications to show it in full color.

Below is a page from the Korean Muye Dobo Tongji, Scroll #4, chapter on fighting with the Staff, which is based largely on Ming Dynasty martial arts.

Highlighted in red is the word 掤 (bing), which is a technique for the Staff. Followed by some small words below it, which explains that this technique is like trying to knock away an in-flight arrow.

Why is this important? Because if you were to read purely just Chinese manuals, you may encounter the word 掤 (bing), but you'll not know what it means. You can't just type it in a dictionary for the answer!

I suspect that Muye Dobo Tongji was written for Koreans who may not be that familiar with Ming Dynasty Chinese martial arts terminology, hence they had to write some kind of subscript to provide additional explanation. Thank goodness for that!

I hope now you can see why, we need to triangulate sources from Chinese, Korean, and Japanese, in order to gain a more complete understanding and insight of historical Eastern martial arts manuals.

With this, I'm pleased and excited to announce the next phase and development of ChineseLongsword.com, by launching a new segment for Japanese historical martial arts manuals!

What you can expect, moving forward in 2018 and beyond:

I met with Karen Buitenwerf-Lowe from Tai Chi Nederland recently 2 months ago (Oct 2017) when she was visiting Singapore. During our conversation, I mentioned that my time and effort are limited, as I have to juggle with work and other responsibilities too. Therefore I have to be very selective in which antique manual(s) I choose to work with, Chinese, Korean or Japanese.

Thank you for your support all these years, and I look forward to the next phase of this website.

Video Compilation for "Essentials of the Fist" 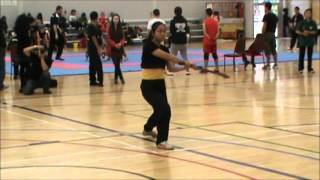 Why was the WWII Dadao efficient against the Rifle with Bayonet?