"God of War" 荡寇风云 (dang kou feng yun) is a movie based on the Japanese pirates' invasion of China during the 1500s, and how Ming Dynasty General Qi Ji-guang fought to repel them. This movie is NOT about the video game of the same name featuring the Spartan demi-god Kratos! Set to be released in June 2017, here's a breakdown of the movie trailer. The movie stars veteran martial arts actor Vincent Zhao as the famous General Qi Ji-guang. He is well-known in the Chinese martial a

Some people look at the "Golden Chicken Solo Stand Stance" (standing on one leg) as something impractical for real fights, and think that it's something used for looking good in performances only. However, this stance was actually documented in ancient martial arts manuals, such as Shaolin Staff, Chinese Long Saber, or even unarmed fighting in Essentials of The Fist. Over the years, I've seen this stance being used in weapons sparring several times. This is one time that I' 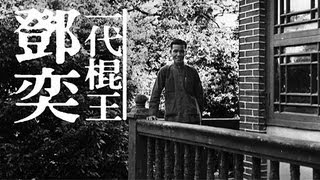 Vintage video of a Staff master

Found a vintage video of a very skillful Staff master on YouTube. If you've been following my Chinese Long-Saber videos since 2010, you'll notice that I tend to keep my arms/elbows straightened when wielding the Long-Saber. Occasionally, I receive comments about how "locking my elbows" means that I have "no experience in Chinese martial arts". I didn't reply much because this is something that's better explained in person, than over text. Observe in the above video that the a

Deflection with a "Dead Spear"

Video Compilation for "Essentials of the Fist"